We've decided to help arena roaming fans keep track of new arena opportunities, as well as those venues that may end up with new hockey tenants, or end up closing or vacant this upcoming season. We'll have a series of reports as the season gets closer, and this week we will take a look at the locations that fans can enjoy outdoor hockey this Winter is they so choose.  This season there seems to be less excitement and a few less outdoor games than in years past.  Perhaps the attraction of the outdoor game is getting a bit played out.  Outdoor games start earlier than normal this season, with the first contest taking place in a couple weeks. Here's what's happening on the outdoor hockey scene this season:

Winnipeg gets an outdoor game, and an early season one at that.  The Jets will take on the Oilers only a couple weeks into the season, likely to avoid the brutal Manitoba Winters.  The game will take place at the home field of the Winnipeg Blue Bombers.

Another CFL stadium gets the second game of the season.  This one is Toronto, where Leafs fans spend more on tickets than any fanbase in North America.  We were hoping some CIS or Junior hockey would have been included, but have not seen any announcements confirming that.

The Midwest gets a crack at an outdoor game as St. Louis will host the Winter Classic.  The Blues continue to be one of the stronger franchises in the NHL, and it is their turn to host the outdoor festivities. 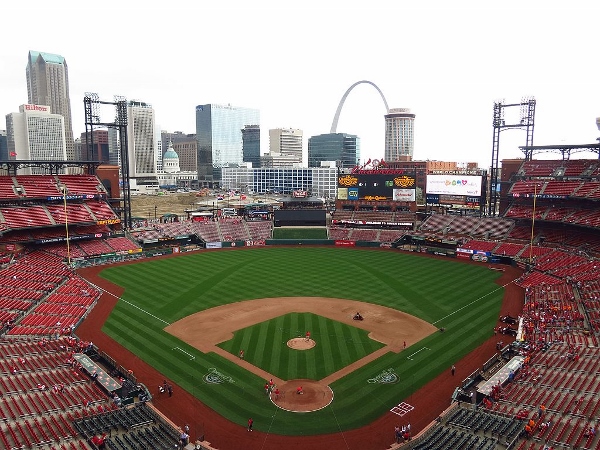 Hockey will be played with a view of the Gateway Arch in St. Louis at Busch Stadium on January 2nd.  Photo courtesy of Wikipedia Free Common License

Fenway Park will have another edition of their Frozen Fenway event, this time centering on college hockey.  A number of games including double headers and a Division 3 game make this likely the most appealing outdoor venue of the season.

Games will include:  January 5- Bentley vs Army

January 7-BU vs UMass and BC vs Providence

January 12-UMass-Boston vs Babson in a D3 game

January 14-Maine vs UConn and UNH vs Northeastern

AHL hockey came to the West Coast last season as a game was played in Sacramento.  This year Bakersfield gets to host the lone outdoor game in the AHL at the home of Bakersfield College 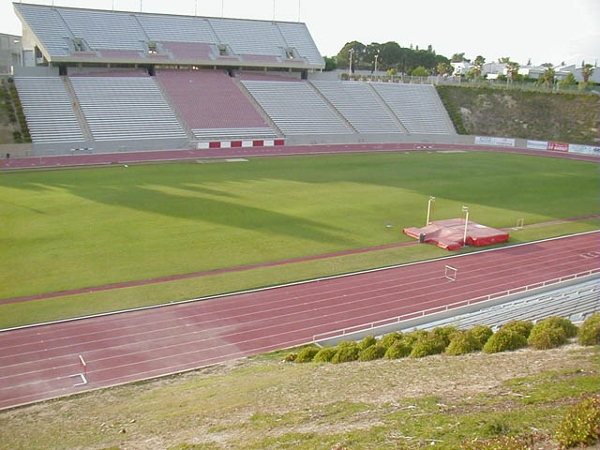 Municipal Stadium in Bakersfield will be transformed into a hockey venue on January 7th for AHL hockey.  Photo courtesy of Wikipedia Common License photo by trackinfo

Pittsburgh is a football town.  They also currently have the Stanley Cup champs.  Heinz Field held the Winter Classic in 2011, and it seems we are on the second go-round now for outdoor venues.  Still, the cross-state rivalry will get fan interest in this contest.

Outdoor games can be a lot of fun, and, since they rarely take place in the same venue again, can make for memorable experiences.  Just don't forget about the hassle and big crowds that frequently accompany this type of game, as well as the increased expense from seeing your favorite team in their normal indoor home.  Although you will likely be seated far from the action, watching hockey outdoors is something every hockey fan should experience.

We'll try to keep you up to date on arena and franchise changes in the world on hockey on the Plus/Minus Arena Report.  Stay tuned for future articles.

Reply JMCx2
7:28 PM on October 30, 2016
Excited to have the NHL Winter Classic in my hometown this year. More excited to save the $300+ for a seat where I might actually be able to see the puck & instead watch it from the comfort of my own home.

Reply AnthonyJox
4:40 PM on February 9, 2017
As you will inevitably learn on your path to losing weight, effective weight loss is not only about watching what you eat, but much more about changing your lifestyle. This means changing your habits and how you approach your day-to-day life. Read this information to help you throughout the process.

Reply annockart
1:25 AM on May 5, 2017
We want to simplify your apartment search.
Apartment hunting can be rent in phoenix az overwhelming, but we realized that finding a new home isn't about looking at every apartment listing, it's about looking at the best ones.
Quality, not quantity. With the powers of math and technology combined, we created RentHop, a site that sorts listings by quality.
houses for rent on oahu]

apartments for rent in el centro]

Reply NanRokAmaro
6:27 AM on May 14, 2017
Enjoyed every bit of your article post. Fantastic. http://hbng6snu.tumblr.com/ - Jahosky

Reply Davidvoics
8:19 AM on May 15, 2017
Nice to meet you!!!
Here is the link to facebook page of the absolutely free binary options alarms provider that sends signals every 15 minutes 24 hours per day for everyone! Check it yourself. https://goo.gl/FQmKND

Reply TrustedMedia
12:25 AM on May 25, 2017
AntonsAuto.biz is a trusted and licensed Indonesian Automotive Dealer of exotic and classic cars. Anton’s Auto not only buy and sell some of the most sought after vehicles in the world, Anton’s Auto also offer premier consignment services. Whether one car or an entire collection, Anton’s Auto has the best internet-driven marketing program to find a new owner for your vehicle, as well as a vast client network all over the world. Anton’s Auto know that parting with your exotic or classic car is hard to do. Here at Anton’s Auto we look to make that process as seamless and enjoyable as possible. Upon consignment, your exotic or classic car will be stored in our immaculate facility & receive a full complimentary hand wash. Next your vehicle is carefully photographed, we take great pride in the photography of our inventory to ensure we capture the beauty of the vehicle at every angle. Lastly your car is quickly uploaded to our website and numerous other leading third-party automotive sites. All of our inventory is stored in our museum-like showroom and not driven except as a condition of closing a sale.

Reply DavidEmAix
5:45 PM on July 4, 2017
I can make super website like this - http://superwebsitefromdavidx.com for you for free.
But I won't :-P