We've decided to help arena roaming fans keep track of new arena opportunities, as well as those venues that may end up with new hockey tenants, or end up closing or vacant this upcoming season. We'll have a series of reports as the season gets closer, and this week we will take a look at this season in college and the one arena change as well as lots of alternate venues where you can catch college hockey this season.

The only major arena change in the college ranks this season find Nebraska-Omaha opening a new on-campus venue.  We're sure they will pack the place.

College hockey is great for the occasional neutral site tournament or one-off game, and there are quite a few opportunities to catch college hockey at non-traditional venues each season.  We'll outline these here.  Some are reoccurring tournaments that have almost as much tradition as college hockey itself, such as the Beanpot, while others are first time chances to see college hockey played in different locations.  We're not including places that serve as home to multiple games for the same team, such as Portland's Cross Insurance Arena who hosts the Maine Black Bears, as that those games occur regularly enough to be considered semi-regular.  Arenas included range from NHL sites to an arena overseas.  Here's where you can catch college hockey this season at alternate venues: 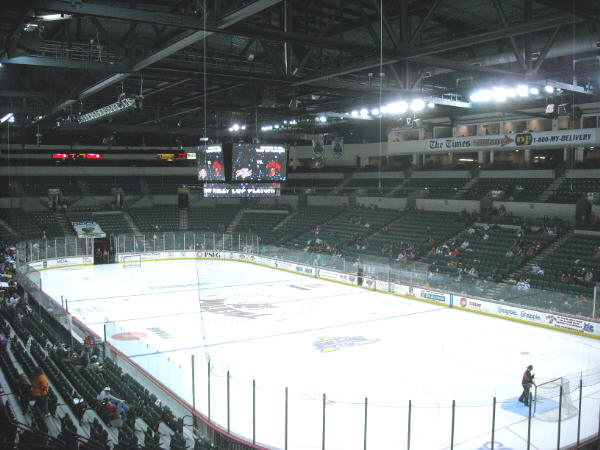 Interesting venues include the Sun National Bank Center in Trenton, which has gone without a hockey tenant since the ECHL's Titans left, and Odyssey Arena in Belfast, which adds an international flavor to the college hockey season.  Whether you attend a traditional tournament such as the onces in Boston or Detroit, or take in a game in a warmer climate like Florida there is plenty of college hockey to enjoy this season.

Stay tuned to the Plus/Minus Arena Report as we will have reports from the college,pro, and junior hockey arena changes now that the season gets is in full swing.

Reply Johny
9:20 AM on May 31, 2020
I would love to share this site with my friends, really interesting information