We've decided to help arena roaming fans keep track of new arena opportunities, as well as those venues that may end up with new hockey tenants, or end up closing or vacant this upcoming season. We'll have a series of reports as the season gets closer, and this week we will continue our look at Tier 2 Junior A hockey in Canada and the U.S.  We'll break things down league-by-league and let you know what to expect for next season

In the OJHL this year there is a single switch among arenas.  Hamilton moves to Markham, giving new life to the Centennial Centre, who last hosted the Markham Waxers.  Hamilton fans will get a new Allan Cup Hockey League Semi-pro team in place of the Red Wings.

In Eastern Ontario things will remain the same this season, with a dozen teams taking the ice in the same locations as last season.

Some changes in Quebec find a new team further west than in the past, with Lachine moving to Gatinuea to take the place of the Gatineau Mustangs of the EOJHL, who were elminated from that league when the Junior B circuit affiliated with the CCHL.  Kahnawake moves to Chambly, and Sherbrooke and St.-Hyacinthe head for the CEGEP collegiate league in Quebec.  The LHJQ will skate with 12 teams this season.

In the Maritimes things will stay the same this season with 12 clubs again in action across the 3 Maritime Provinces. 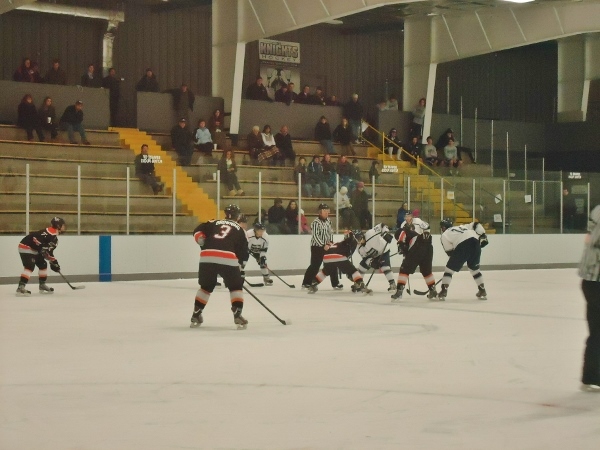 Revolution Ice Centre in Pittston, PA will become a Tier 2 venue this season as the Wilkes-Barre Scranton Knights move from the Eastern Hockey League to the NAHL

On the U.S. Tier 2 scene there has been a bit of a shakeup,with the loss of 2 teams to their Canadian counterpart leagues (Soo and Wenatchee), and a movement east which finds the NAHL in Eastern, PA and New Jersey.  How crowds take to the Junior product in these areas that have pro teams close by will remain to be seen until the season starts, as Wilkes-Barre, Aston, and Middletown all has Tier 3 teams which flew under the radar as far as attracting large crowds go.

Stay tuned to the Plus/Minus Arena Report as we will have reports from the Junior B, Semi-Pro, and College ranks before the season gets into full swing.