Quebec is full of ancient, colorful, unique barns.  Arena Jacques Plante just happens to be the one that we have experienced which most closely embodied the perfect hockey fan experience.  This 1937 era art deco classic has the exterior look of a cathedral in many ways.  Its brick exterior and stately shape make it seem huge on the outside, but inside is as intimate of an arena as you will find, with 3,700 spectators packed into its colorful wooden bench seats, which seem to hang over the ice.  We were extremely thankful that we could experience this gem in its last season of use for QMJHL hockey.  Arena Jacques Plante went out on top though, as although weathered, the atmosphere inside even at the end was electric.  The sound of air horns and smell of beer mixed so well with the colorful and historic design of the arena that watching a Cataractes game was nearly as close as you could get to how hockey was 60-70 years ago.  It is for all of those reasons that Arena Jacques Plante has earned such a high ranking on the countdown.

Check out the full review and photo gallery at:  http://www.roamingtherinks.com/arenajacquesplante.htm 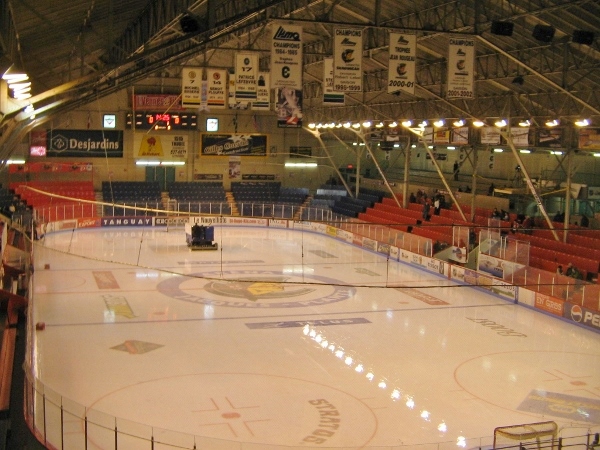